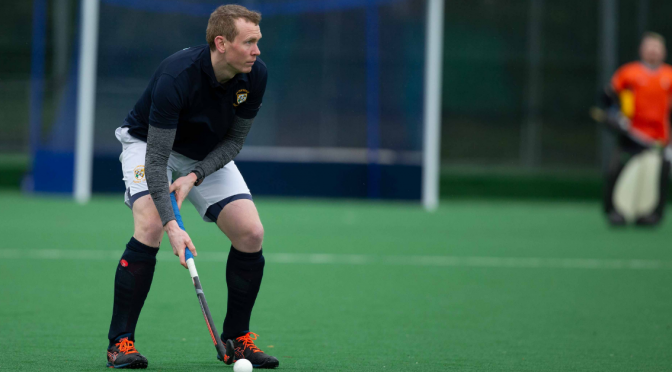 Clydesdale 1s registered their highest finish in the top flight of Men’s Scottish Hockey for 12 years after they secured the required point against Watsonians 1s at Titwood last Saturday.

The visitors from Edinburgh went in at half time a goal to the good from a drag flick, but skipper Andrew Allan levelled matters in the same form to complete Head Coach Ciaran Crawford’s first full season as M1s coach with a fourth placed finish in the Men’s Premiership.

Allan was an absentee from the defeat to Edinburgh University 1s the previous Wednesday, but was the most notable return to a 17-man squad. The home side started well having a decent amount of possession as well as creating a few chances. Watsonians were finding success too via the aerial ball and conjured up chances of their own, but neither side could break the deadlock in the opening quarter. The away side then won a couple of penalty corners in the second quarter and eventually scored with a powerful low flick.

Into the second half and the Titwood boys found an equaliser when Allan scored from a penalty corner. In the final quarter, Watsonians pushed hard to find a winner to take them above Clydesdale come full time, whereas Crawford’s men were happy to take the counter attack approach to protect what they had. And the tactic effectively paid off as no goals were scored by the time the full time whistle went.

The M5s completed their season with an excellent away win against Ayr 2s in Men’s West District Division Three.

Two goals from Ross Furmedge and one from Iain Flynn helped the M5s record a 3-0 win against Ayr’s 2nd XI. Meanwhile, the M5s Development lost 3-1 away to Stepps 2s. Logan Forsyth’s powerful reverse strike cancelled out a Stepps opener. But the home side grabbed a goal in both halves without reply to take all three points.

The L2s and M2s suffered losses against respective Edinburgh University sides. The L2s, at Hutchesons’ Grammar School, lost 2-1 to Edinburgh Uni 3s. Hannah MacDonald’s goal five minutes from time was merely a consolation to a two-goal lead that was initially gained by Uni 3s. The M2s signed off their Men’s Regional Division season, losing 6-0 to Edinburgh Uni 2s at Peffermill in a result that confirmed the student side’s place as league champions.