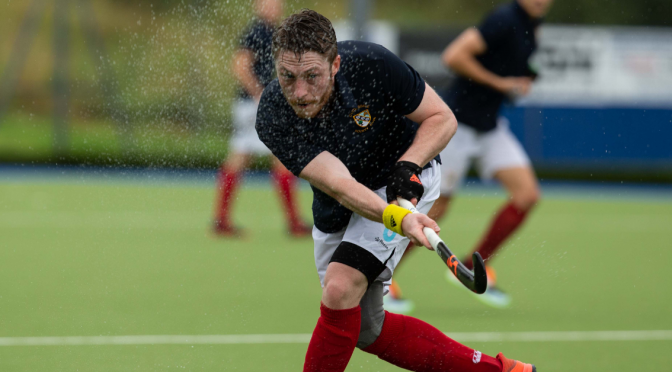 The 3-0 win takes Clydesdale up to fourth in the Premiership table after five games.

Going into the game, ‘Dale were still without skipper Andrew Allan, Jack McKenzie and Sammy Kasto, whilst David Clark and Gregor Hirst were also unavailable. Euan Anderson made a return and Alex Ingram was given 1st team action for the first time this season. Goalkeeper Sean Mahoney also came into the side.

M1s Head Coach Ciaran Crawford will have been keen to have seen his side respond following last Saturday’s home defeat to Inverleith. And he was not to be let down as the away side started positively, although so did Menzieshill which culminated in a goalless stalemate by half time.

But in the third quarter, ‘Dale broke the deadlock – and their short corner hoodoo from last Saturday – when Cosgrove scored his first ever goal for the club following last year’s transfer from Menzieshill. In the same quarter, Douglas added a second to the scoreline from open play.
Lonergan, in the fourth quarter, then finished from close range via another penalty corner to put the icing on the cake for the M1s in what ended up an eventually comfortable victory.

The L4s were the only other Clydesdale & Clydesdale Western team to record a win on Saturday.

The M2s and L2s both lost their unbeaten starts to the season. The M2s, away Uddingston 2s, threatened a stirring fightback after going from 3-0 down at half time to 3-2 down with a couple of minutes to go. This was largely due to two goals from the returning Colin Moulson. But Uddy grabbed a crucial fourth goal to take all three points in the Men’s Regional Division contest.