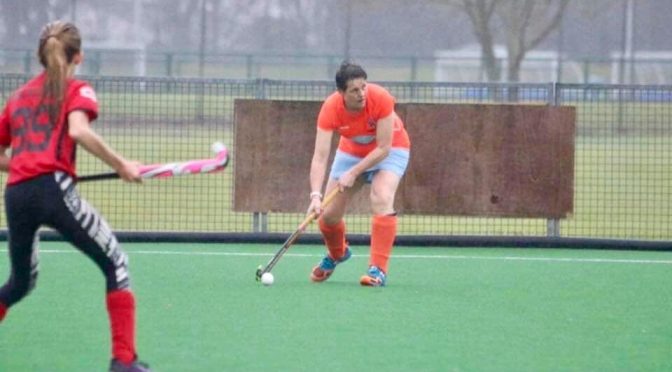 Clydesdale Western 5s got their league campaign off to a winning start thanks to a late winner from the returning Lorna Blair away to Argyle 1s.

A strong L5s squad had the majority of play throughout their Women’s West District Division Two clash, but were struggling to find the killer instinct to take maximum points. Such was their domination, that the L5s goalkeeper was becoming a mere spectator to her teammates continuous attacking attempts.

But just as it looked like Trish Lonergan’s side would leave with just a point, Blair – playing her first game in well over three years – struck a late penalty corner two minutes from time to give the away side a lead, which not long after turned into a deserved three points.

Clydesdale Men’s 3s narrowly lost by a single goal margin in an entertaining contest against Western Wildcats 3s at Auchenhowie.

With many players missing, including a recognised goalkeeper, the M3s put in a top shift, especially with Matthew Lonergan playing as a makeshift goalkeeper and youngster Andrew Cox acquitting himself well on his 3s debut.

It was the M3s who started the stronger side, causing the home side some initial problems with penetrating runs down the right from Ruairidh Callaghan and Anish Amin – a recent return following his completion of studies. Both teams did have chances in the opening period, but both failed to convert any of them.

Ten minutes into the second period, Wildcats 3s opened the scoring, having put the ball in at the third attempt of asking after Lonergan’s great double save were in vain to keep a clean sheet. The M3s stepped up their intention to force a goal but were unable to score any of the chances they conjured up after the home side’s goal. And this was how it would finish, as the M3s began their Men’s West District Division One campaign with a loss.

Similarly to the M3s, the M4s were unable to call on a number of players due to various unavailability including the services of a regular ‘keeper. Despite that, the ‘Dale 4s had a mix of youth and experience which will likely be the norm throughout the course of the season.

The M4s, without a goalkeeper, conceded five simple goals after a nearly an hour of hard fought play. And having put in a decent persevering performance, the away side got a consolation goal from young M4s debutant Myles Macaulay with 16 minutes remaining. The home side did, however, see out the remainder of the game to leave the M4s empty handed.