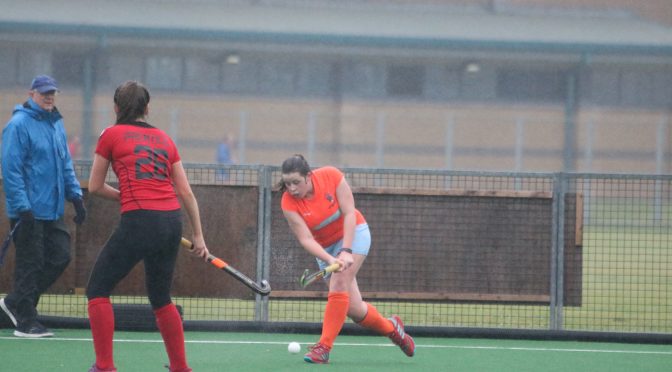 The Ladies West District Squads continued their season, with league and plate games completed on the 3rd/4th February.

Clydesdale Western 4s bounced back from their league defeat to Hillhead 2s on Saturday by beating East Kilbride in the West District Plate Quarter Finals on Sunday.

The 2-0 loss to Hillhead 2s means the L4s remain 7th in Women’s West District Division One, two points safe of a relegation place.  But Sunday’s win against East Kilbride 1s means the L4s are through to the Semi Finals of the West District Plate where they will play Uddingston 3s.  Lucy Arnold scored the first in a 2-0 win against EK with a penalty corner strike, whilst veteran Ellen Murray deflected Wendy Justice’s penalty corner strike to double the L4s lead and give them the win.

Clydesdale Western 5s continued their recent good form with a superb away win at Arran thanks to a hat-trick from Lauren Halley.

Halley’s treble and a goal from Sarah Lonergan gave Trish Lonergan’s side another three points as they kept the pace at the top end of Women’s West District Division Three.  The L5s are two points off a promotion spot in 3rd place, but still have two games in hand on nearest opponents GHK 3s.  The L5s are now unbeaten in their last five league games (four wins and a draw).  Their next games are against league leaders Uddingston 2s on Saturday and Irvine 1s on Sunday – both at Titwood.

Clydesdale Western 6s remain a place above relegation despite suffering back to back defeats over the weekend to GHK 3s and Stepps 2s.

The L6s lost 4-0 to GHK 3s and 3-0 to Stepps 2s despite a string of excellent saves from young goalkeeper Jessica Mitchell in both games whilst there was a composed debut for youngster Ellie Lonergan-Black against GHK 3s.

Once again, well done to all of our teams over the weekend!