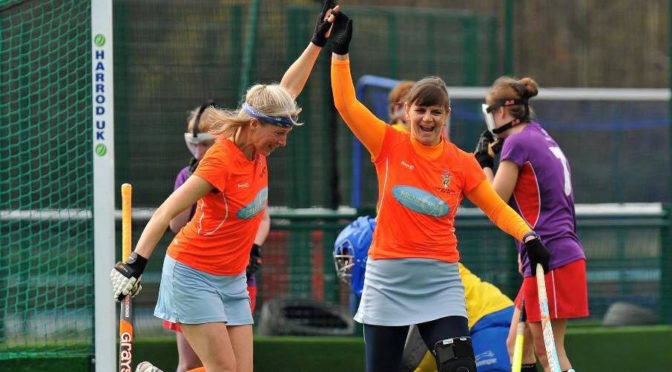 The L4s have finished their respective Women’s West District Division One and knockout competitions strongly. Back-to-back wins in their final two league games prompted a third place finish for Marg Taylor’s side. And a win in their Semi Final against Watsonians 3s a week ago has opened up the potential of silverware.

‘Dale Western 4s will take on Glasgow Accies 1s from 10.00am on Sunday (5th May) as part of Scottish Hockey’s Women’s Cup Finals Day at the Glasgow National Hockey Centre. Accies 1s placed second in the same division as the L4s this season, finishing with an 11 point gap having done the double in the 2018-19 season.

The team for Sunday’s Final is expected to be unchanged from the Semi Final. Which means there will be a blend of younger players in Anoushka Nabili, Kirsty Scott and Megan Brown alongside the older heads such as Wendy Justice, Ellen Murray and Ann Menzies.

If you are planning to attend the L4s Final, then tickets can be bought online. To buy your tickets in advance – with 50% of the funds going to Clydesdale & Clydesdale Western Hockey Club – please click here and follow the simple steps.

Clydesdale & Clydesdale Western would like to wish the very best of luck to the L4s in their bid to be winners of the Women’s Scottish District Plate Final.