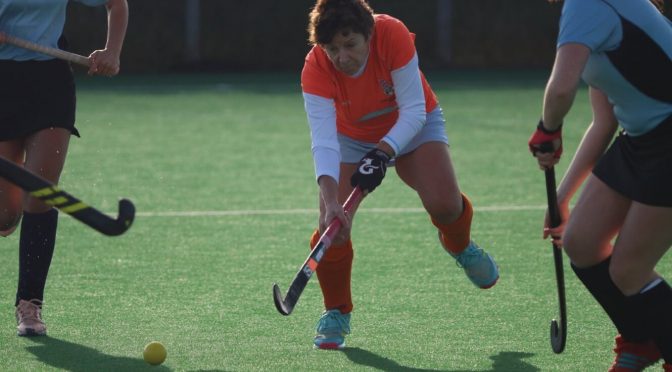 Clydesdale Men’s 3s secured a late win over Helensburgh 1s in Men’s West District Division One at Titwood on Saturday.

Matthew Lonergan smashed home a penalty corner with minutes to go to separate a 3-3 deadlock after Clydesdale goals from Conor Oliver, Colin Gambles and Christopher Richmond.

The three points keeps the M3s sixth in the league table, but close the gap on Helensburgh to just two points having played a game less.

Clydesdale Western 2s missed out on the opportunity to go third in Women’s Championship Division One after a 3-3 draw against a determined Waverley Inveresk Trinity 1s side at Titwood.

A goal each from Sarah McHugh, Louise Redpath and Rhona McGregor was not enough to give Donald Amour’s side a win that would have taken them above Stirling University 1s.

Long term, the draw also sees the L2s fall further behind league leaders Edinburgh University 2s – with a 13 point deficit, despite having played a game less.

Against Stepps 1s, Rachel Brown got the L5s goal in a 1-1 draw at Titwood.  Lauren Halley’s goal on Sunday unfortunately made no difference in the results stake as Trish Lonergan’s side lost 2-1 to Accies 2s.

The L5s are fifth in the league table, but are only three points off second spot whilst holding at least a game in hand on their near rivals.

The result was somewhat harsh on the youthful M4s side who came in at the half time interval holding a 0-0 scoreline.  And despite Oran Pathi’s goal, the home side were unable to stop the five goals going past goalkeeper Dougie Mann.

The loss keeps the Men’s 4s side ninth in the league table.

Clydesdale Western 4s picked up a crucial win away to Ardrossan 1s to remain top of Women’s West District Division One.

Goals from Shona McConnell and Ann Menzies gave the L4s a 2-1 win against Ardrossan.

The win was the L4s sixth of the league campaign to keep them three points clear of champions Rottenrow 1s, despite having played a game extra.

Despite a great effort on the Saturday, the L6s lost 6-1 away to league leaders Greenock Morton 1s – the away side’s goal coming from Anne Sturgess.

Another decent performance was produced on Sunday by Rachel Brewer’s side but unfortunately came off second best, going down 2-1 to Dumfries Ladies 2nd XI, despite Emma Gilmour’s goal.  The L6s remain ninth in the league standings.

The M5s had no answer from a strong Dumfries M2s side who scored eight goals to stay top of the league table.  The M5s remain sixth despite Sunday’s result.