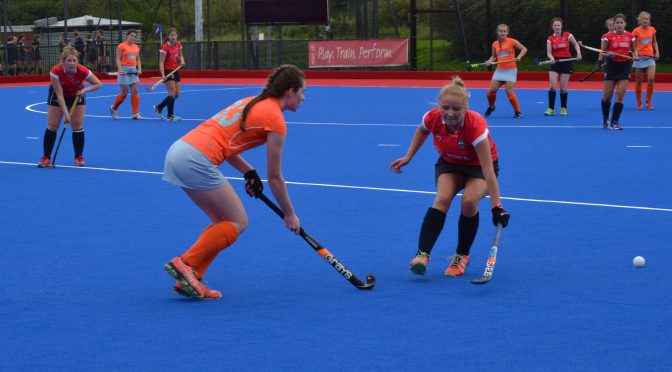 Clydesdale Men’s 4s signed off their championship winning season with a 4-3 win over Hillhead 6s at Old Anniesland.

The M4s, who confirmed their position as champions of Men’s West District Division 3 last weekend, secured a narrow win over Hillhead 6s on Saturday thanks to two goals each for Men’s top scorer, David Sturgess and Christopher Richmond.  The win concludes the M4s season, who amassed 47 points in their 18 league games.

Clydesdale Men’s 5s also signed off their season on Saturday with a 1-1 draw against Hillhead 7s at Old Anniesland.

Clydesdale Men’s 2s were agonisingly knocked out of the Men’s Scottish District Cup after losing to a last minute goal against Uddingston 2s in a pulsating encounter at Bothwell Castle Policies.

Despite being 2-0 and 3-1 up through goals from Colin Moulson, Antony Small and David Clark, the M2s surrendered their two goal lead.  Uddy scored their second midway through the second half before the M2s crucially had a penalty flick saved.  The missed opportunity was taken by the home side to devastating effect as they scored two goals in the last ten minutes to take the win and set up a Semi-Final tie with Kelburne.

Clydesdale Men’s 3s hopes of winning the Men’s Scottish Reserve Cup were ended after losing 4-2 to a strong Kelburne 3s side at Glasgow Green.

The M3s, despite their best efforts, were unable to cope with the quality and experience of a Kelburne 3s side featuring over a handful of ex-Scotland internationalists.  Goals for the M3s came from Andrew Couper and Conor Oliver.

Clydesdale Western’s 2s succumbed to a loss in Women’s Scottish District Plate on penalty flicks after an intense 2-2 draw with Edinburgh University 2s at Peffermill.

Although the best efforts of both sides, 70 minutes were unable to seperate them, with Clydesdale Western scoring twice through Julie Lonergan.  The contest entered penalty flicks with the home side scoring three without reply to send them through to the Plate Semi-Finals.

A disappointing Sunday of results for our teams in the cup and plate, but the club are immensely proud of the effort put in from all of our teams.  Well done to the teams that won in the cup/plate competitions and good luck for the rest of the respective competitions.