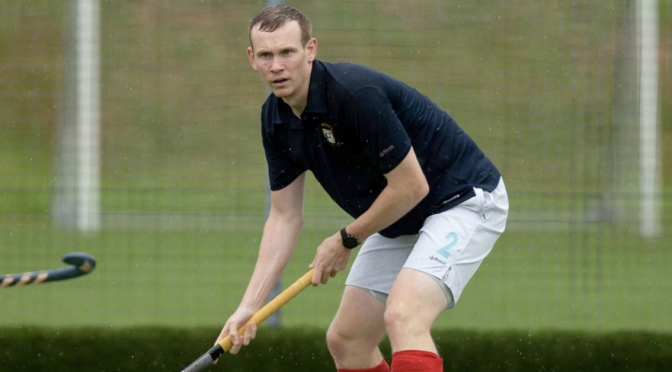 Scotland’s Bronwyn Shields grabbed the game’s only goal in the third quarter, but the headlines belonged to L1s goalkeeper Cara McAllister, who made a string of outstanding saves to help take all three points back to Titwood. The 1-0 win comes after equally great away wins at Watsonians and Western Wildcats meaning Derek Forsyth’s side still hold a 100% record at the start of the 2021-22 campaign.

Going into the game, Forsyth handed a competitive L1s debut to youngster Emma Murray who has impressed in both training and for the L2s. The game started with a typically high tempo, as both sides were keen to assert their authority given the importance of the clash. ‘Dale Western nearly took the lead early on when Jen Eadie’s pass released forward Heather Lang for a one on one with Uni’s goalkeeper, but Lang’s reverse stick shot was equally matched by the student side’s number one. Whilst the L1s arguably had more of the ball in the second quarter, the home side created the better chances, with McAllister being called into action to make some crucial saves. The most impressive save from the Scotland U19s goalkeeper perhaps coming from point blank range after a Uni forward deflected a pass in the circle from the left hand side.

After half time, Edinburgh Uni’s regular ball retention saw them win a number of penalty corners, but came to nothing as the Titwood girls defensive unit stood up to the task at hand. Clydesdale Western also won corners of their own towards the end of quarter three, one of which made the crucial breakthrough – Shields reacting quickly to slot home following a ‘second phase’ attack from a corner. Uni – the last league champions of a completed domestic season – came out strong for the final quarter but the away side showed tremendous resilience and composure to see out a potentially season defining win, even at this early stage of the season.

A superb hat-trick of set pieces from captain Andrew Allan helped Clydesdale 1s return to winning ways in the Men’s Premiership – but had to see off a stirring late comeback from opponents Edinburgh University Men’s 1s at Peffermill on Saturday.

Allan’s hat-trick as well as a second goal of the season for Fraser Hirst saw the M1s hold an assumingly unassailable 4-1 lead until Uni Men’s 1s scored two goals in the fourth quarter to set up a grandstand finale. But ultimately – and crucially for Clydesdale – the home side could not find an equaliser and the Titwood boys notched up their second win of the season after three games.

M1s Head Coach Ciaran Crawford was without Ben Cosgrove, Graham Dunlop, Sam Hayes and Gregor Hirst. Jamie Green was left out but Jack McKenzie was involved for the first time ever as a Clydesdale player. Antony Small also made a return to the side, as did Euan Lindsay who recovered from a facial injury sustained at Western a fortnight ago.

Crawford’s men started well and were rewarded for a positive approach by taking an lead early from a penalty flick, coolly converted by Allan. Despite Edinburgh Uni quickly growing into the game in a bid to even up the contest, it was the away side who doubled their lead when Fraser Hirst deflected in from close range. The second quarter saw both sides attempt to apply pressure, but it was Uni who eventually got in on the act to grab the game’s third goal. Smart play from the left hand side culminated with a forward reversing in to half the deficit.

Into the second half, the student side looked to press high up in a bid to force an equaliser. But when Clydesdale were in possession, they were extremely effective. So much so, that Allan added another two goals – in the form of penalty corners – to record a hat-trick. More importantly for Crawford, however, was the luxury of a three-goal cushion going into the final quarter. Seeing out the final quarter with a 4-1 lead normally seems like an easy task, but in reality, it was almost Clydesdale’s worst fears realised in the blink of an eye. Edinburgh Uni scored twice in quick succession and the situation was not made any easier following not one, but two temporary suspensions for the Titwood side. Thankfully, this had no bearing on the final scoreline as ‘Dale saw out the remainder of the match and seal maximum points.

Clydesdale Men’s 3s recorded their first win of the season in Men’s West District Division One after a comfortable win over Helensburgh 1s at a soaking Titwood.

Ronnie Barr, Cameron Deans, captain Craig Bradley and Foster Harrowell were all on the score sheet to give the M3s a 4-0 win.

The M4s matched the M3s scoreline away to Anchor 1s at Linwood in Men’s West District Division Two. Lewis Gambles and Spencer Cox kept up their fine goalscoring start to the season with a goal each, whilst Barry McAllister scored his first ever senior goal. Derek Linden was the M4s other scorer. The M5s, in Men’s West District Division Three, were beaten 5-0 away to Giffnock 2s.

The M2s kept up their unbeaten start in the Men’s Regional Division, but lost their 100% record after snatching a point five minutes from time at Peffermill against Edinburgh University Men’s 3s. The M2s were a goal down after a minute, but Adam Docherty levelled the contest just before half time when his pass to the back post was inadvertently deflected in by a Uni defender. The home side regained the lead just before the end of the third quarter with a penalty corner strike, but Blair Paul – who played excellently throughout – smashed home a corner for the M2s just before the end to rescue a point for Stuart Banford’s side.

The L3s tough start in the Women’s Championship Division One continued after they went down 5-0 at Titwood to Edinburgh University Ladies 3rd XI side. No such luck for the L5s either, despite a solid display from a youthful squad, who lost 6-1 to Glasgow Accies 2s in Women’s West District Division Two, also at Titwood – Phoebe King was the L5s goal scorer.