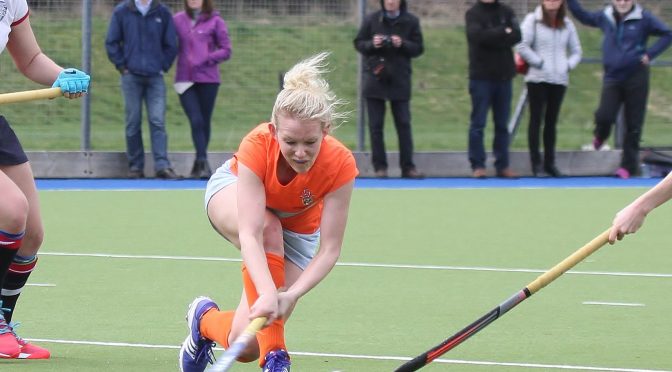 First half goals from Alexandra Wilson and Millie Brown gave Clydesdale Western an important win against Dundee Wanderers on Sunday at Dalnacraig.

Wilson and Brown scored in the opening exchanges but Wanderers got a goal back midway through the second half.  But ‘Dale Western held out till the end to take all three points.  The result sees the L1s take 3rd position in the Women’s National Division One table, four points off top spot.  The girls next face Grange EL away at Fettes College on Saturday (18th November) in their final game before the indoor season.

Clydesdale 1st XI suffered a shock defeat at the hands of Dundee Wanderers as their run of form extended to four defeats in a row at Dalnacraig on Saturday.

Despite Struan Walker scoring a hattrick, Clydesdale could not see past their Tayside opponents.  Wanderers have now leapfrogged ‘Dale into 6th, whilst the M1s have dropped to 8th in the Men’s National Division One table.  Clydesdale will finish off the first half of the outdoor season by visiting top of the table Grange at Fettes College.

The M2s produced a terrific display to beat last season’s Regional Division One champions Grange 2s.  Braces from Fraser Hirst and Euan Lindsay sealed the win after David Clark’s opener had initially been cancelled out.  The M2s hold top spot in Regional Division One.  The L2s also remain top of the Championship Division One table after a 3-1 win at Watsonians – Sarah McHugh, Susie Gillman and Lesley Cosh scoring a goal each.  The M3s indifferent form continued as they lost 5-2 to Dumfries 1s despite a dominant display.  Duncan Adams and Ali Bleach scored, albeit in vain, as the M3s now trail the West District Division One league leaders, Uddingston 3s, by 6 points.  The M4s and M5s both drew their respective games.  A goalless draw with Giffnock 2s kept up the M4s 10 point lead at the top of West District Division 3.  Ruaridh Callaghan scored for the M5s as they were held to a 1-1 draw with Dumfries 2s.  The L3s picked up their fifth win of the season as they beat George Heriots FP 1s 2-1 in a close contest.  Gill Green scored her 10th goal of the season, whilst Helen Walker scored the other.  The L4s picked up their first points of the season as their 1-0 win against Giffnock 1s took them off the foot of the Women’s West District Division One table – Ann Menzies being the L4s goalscorer.  The following day, the L4s beat Dumfries 2s 4-1 in the District Cup thanks to goals from Megan McDonald, Ellen Murray, Wendy Justice and Georgia Schmolke.  The L5s beat the L6s in an entertaining game on Saturday.  Anais Bonner gave the L6s a shock lead but twelve minutes from time, the L5s turned the game on its head as goals from Lauren Halley and Jessica Kelly gave them the win.  The L5s lost the following day, however, as they went down 5-1 to Stepps 1s in the District Cup.