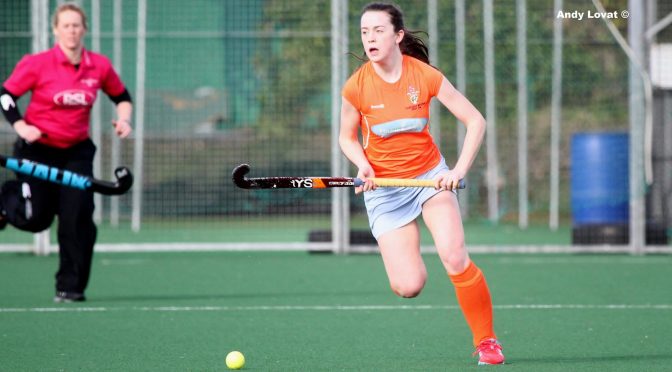 Clydesdale Western began their attempts to win the Scottish Plate with a thumping win over Division 2 side Granite City Wanderers at Titwood on Sunday.

Following on from their league win the previous day against Western Wildcats, ‘Dale Western put ten past their opponents from Aberdeen.  Millie Steiger scored a hattrick, whilst there were two goals for Margery Justice, and a goal each from Jen Eadie, Lexi Sabatelli, Frances Lonergan, Emma McGregor and Martha Lawson to cap off an emphatic win.

In the rest of Sunday’s cup and plate games, the story of the day arguably belonged to the L3s as they entered the next round of the Scottish Cup thanks to a 5-1 win over Highland 1s.  Doubles from Gill Green and Ali Cox sent the L3s on their way to a fine win – Helen Walker scoring the fifth.  The M2s also entered the next round of the District Cup, albeit by the skin of their teeth via penalty flicks.  David Clark had opened the scoring, before Andy McAllan had to level proceedings at 2-2 before half time. Inverleith scored their third early into the second half as the M2s then found themselves over a minute away from exiting before Clark slammed home an equaliser for his second of the game.  The contest entered flicks, with the M2s successfully converting all four, whilst ‘keeper Grant Scott was the M2s hero as he shut out two of Inverleith’s four flicks to give the home side the win.  The L2s beat National Division Two side Inverleith 1s 3-1 in the Scottish Plate.  Goals from Julie Lonergan, Jenna Morton and Nicky Wilson giving the L2s an excellent win.  The M3s gained full revenge for their 7-2 thrashing from Uddingston 3s a few weeks back as they dished out their own 7-2 thrashing in the Reserve Cup.  Colin Moulson bagged a hattrick, whilst Scott Crossan (two), David Sturgess and the returning Conor Oliver scored as the M3s ran riot.  The L4s saw the District Plate chances ended as they lost out 6-3 in an entertaining game away to Perthshire 2s.  Sarah Kelly scored two, whilst Karen McQuarrie scored the third.  The M1s were beneficiaries of a concession from Falkirk 1s to book themselves into the next round of the Scottish Cup.  However, the M4s, sadly, had to concede their Reserve Plate match with Hillhead 3s.

Congratulations to all of our teams who qualified for the next round of their respective competitions, commiserations to those who lost out.