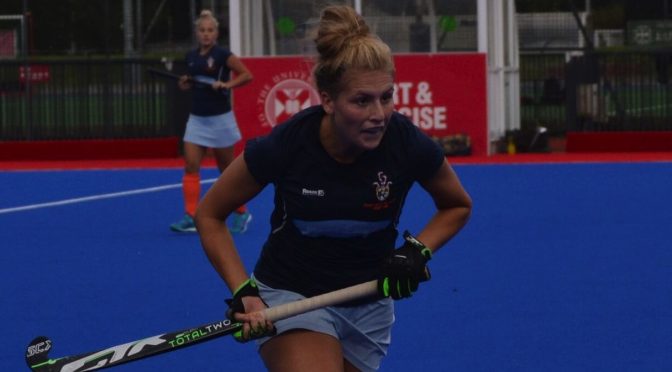 Clydesdale Western were 1-0 up at half time courtesy of Emma McGregor, but Grove Menzieshill hit back in the second with two goals and looked to be heading towards a vital three points.  But with minutes to go, Brown got ‘Dale Western’s second to level proceedings.  The result means Clydesdale Western are 3rd in the Women’s National Division One table, four points off top spot.  They are also above Grove Menzieshill having scored more goals, however the Taysiders have a game in hand.  Clydesdale Western take on Hillhead next Saturday at home in their bid to keep in the league race.

Clydesdale Men’s 1st XI suffered an agonising defeat late on at the hands of Grove Menzieshill despite taking a second half lead at DISC on Saturday.

In an even first half, Clydesdale made the breakthrough as Ciaran Crawford scored his tenth goal of the season following good build up play down the right hand side from Andrew Allan.  Allan set up Aidan Black for a shot at goal but was saved.  Black recovered possession quickly however, and set up Crawford to give ‘Dale the lead.  But the home side hit back in the final ten minutes scoring two unanswered goals to take all three points.  The result sees Grove Menzieshill open up a five point gap between themselves and ‘Dale, who are still in 5th spot in the Men’s National Division One table.  The boys now switch their attention to, what now is, a big game against Hillhead at Titwood on Saturday.

The M2s secured a vital win as they beat Hillhead 2s in their top of the table clash late on Saturday at Titwood.  Despite being a goal down, the M2s rallied thanks to a David Clark hattrick.  Hillhead did score a penalty flick in the final minutes but the M2s closed out for the win to set up another top of the table clash next Saturday away to Watsonians.  The L2s kept up 100% start to the league season with a 6-1 win over Haddington at Titwood.  Abi Harrowell (three) and Christy MacKinnon (two) continued their goalscoring form, whilst Julie Lonergan added a sixth for the L2s.  The result keeps the L2s three points clear at the top going into their top of the table clash against Edinburgh University 2s.  The L3s are also at top end of the table as they beat Stirling Uni 1s in an intriguing contest in the opening game of the day at Titwood – Gill Green with a brace and Ali Cox being the L3s goalscorers.  An inexperienced M3s team were heavily beaten by Ayr at Wellington Playing Fields.  Ethan Robertson scored a consolation after the M3s conceded the first nine in a difficult game.  The M4s faired a lot better as they scored five in a dominant display away to Helensburgh 3s – Christopher Richmond scored three of the five.  John Allan and Jamie Green were the other goalscorers.  The L4s, L5s and L6s all lost away in their respective games.  The L4s went down 2-1 to Glasgow Uni 2s, despite a goal from veteran Wendy Justice, the L5s lost 3-0 away to Dumfries 2s, and the L6s – who played on Sunday – lost 9-1 to Arran 1s.  Iona Denholm scoring the L6s goal.

A mixed set of results, but once again well done to those who represented our ‘Dale and ‘Dale Western teams.  Especially to those who made the long journeys for their games!