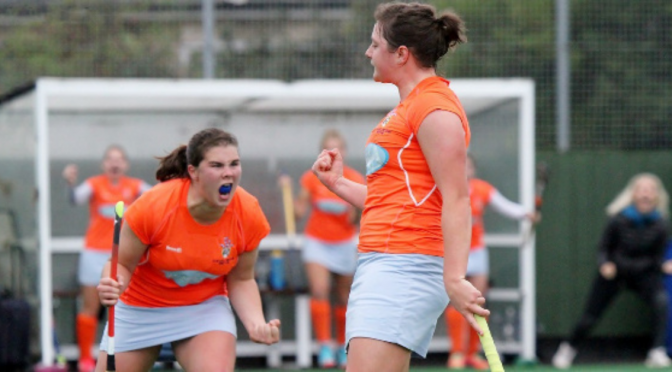 Watsonians squad featured a number of Scotland internationalists following strong summer acquisitions. But, it was ‘Dale Western’s very own Scotland star in Jennifer Eadie who settled the contest with the game’s only goal in the third quarter to give Derek Forsyth’s side an invaluable three points on the opening day of the season.

Clydesdale Western’s squad featured a number of recruits of their own. Fiona Semple, also in the Scotland Senior Women’s squad, returned to Titwood last year to make her second debut on Saturday. Alongside Semple in their first games for the L1s were Paz Medina San Martin from Argentina and Lucy Bliss. Scotland U19 Goalkeeper Cara McCallister was chosen between the sticks, with previous number 1 Jessica Buchanan now playing her hockey for Atlètic Terrasa in Spain.

In the match, the first quarter passed by without too much trouble for Forsyth’s team despite the Edinburgh side’s attempt to start quickly. The second quarter saw the L1s keep possession more effectively but ultimately could not break the home side’s defence despite a couple of half chances. But the deadlock was eventually broken when Jen Eadie converted a penalty corner after half time. Watsons had a few corners of their own but were thwarted by a stubborn ‘Dale Western defence. ‘Dale Western’s attack, meanwhile, almost went close to doubling their lead from another corner, but were denied by the post. The miss rendered meaningless, however, as the L1s held on for a crucial victory going into next weekend’s game with Western Wildcats at Auchenhowie.

Clydesdale 1s scored four second half goals to give Ciaran Crawford’s side three points on the opening day of the Men’s Premiership campaign against Dundee Wanderers 1s at Dalnacraig on Saturday.

A goal each from David Nairn, Fraser Hirst, Andrew Allan and a sublime solo goal from Ali Douglas broke Wanderers resistance to win game one of the season for ‘Dale.

If there was passage of play to sum up the lengthy spell away from hockey, then the first quarter at Dalnacraig was that in a nutshell. Both sides struggled to set a tempo and, despite corner chances for both sides, the scoreline remained goalless. Quarter two saw the M1s start to dominate possession but rarely asked questions of the home side’s goalkeeper. But after half time, the M1s got the breakthrough when Nairn tapped in at the back post. The goals continued when, not long after, a Clydesdale counter ended with Nairn setting up Fraser Hirst for a simple finish. And the game effectively ended as a contest when Allan slotted a penalty corner. The Tayside team did reduce the deficit with a corner of their own before Douglas capped off a solid win by beating two defenders and then sending a sensational upright reverse finish into the bottom corner.

The L2s beat Watsonians second-string side in game one of the Women’s Championship Division One league following a 2-1 win at Tipperlinn thanks to a goal each from Nicky Wilson and Rachel Whittle. The L3s, in the same competition, sadly went down 1-0 to George Heriots FP 1s at Goldenacre but that failed to tell the whole story. The L3s, who traditionally have had a more experienced squad, had nine juniors involved in Saturday’s match – with each and every one of those nine putting in a superb effort despite the loss.

The M3s in Men’s West District Division One drew 1-1 at Hutchesons’ Grammar School (HGS) to Hillhead 3s as Mitchell Pritchard recorded his second goal of the season. The M4s, at the same venue, produced a goalscoring display in a 5-2 win against Hillhead 5s. First half goals from Iain Flynn and Manahara Ratnayake saw the score level at 2-2, before Aidan Black added two and Lewis Gambles with one to give the home side a three goal advantage by full time to seal the M4s first points of the season in Men’s West District Division Two. Despite a number of senior inputs in the goalscoring stakes, it was the juniors who were given the plaudits with notable performances from Gambles, Andrew Cox and Logan Forsyth. The M5s lost 4-1 in the final game at HGS to Kelburne 4s in Men’s West District Division Three – Florent Saint-Ledger being the host’s sole goalscorer.

In the later game, the M2s had to come from behind on three separate occasions to open their Men’s Regional League campaign with three points in a cracking encounter with Hillhead 2s. The first equaliser came from Neil Morton Lloyd with a finish from close range, cancelling out Hillhead’s goalscoring corner. M2s captain Alex Ingram then tucked away a smart reverse stick finish either side of two capitalisations on Clydesdale defensive errors by the visitors.

But the game turned in the final ten minutes. The goal of the game arguably came from the home side when veteran Graham Dunlop stole possession just inside Hillhead’s half before hitting a cross field pass to the back post for Blair Paul to convert a textbook sliding deflection to level at 3-3. Minutes later, the Titwood side quickly gained possession from a Hillhead hit out, which culminated in Morton Lloyd finishing off Jeetinder Berman’s square pass. Leo Howes, also on return to Clydesdale since 2014, finished the scoring to give Stuart Banford’s side an opening day 5-3 win.