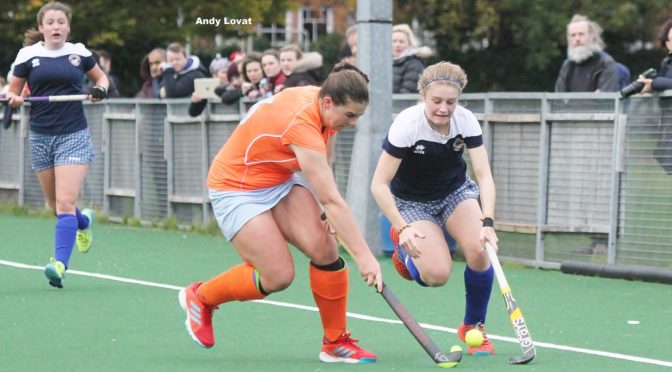 Clydesdale Western 1st XI have the chance to close the gap at the top of Women’s National Division One when they visit Dundee International Sports Centre (DISC) to take on Grove Menzieshill 1s.

‘Dale Western were meant to play Menzieshill in the first weekend of the outdoor return back in February, but were given dispensation by Scottish Hockey due to their European indoor involvement.

At that point of the season, the L1s had led the table by goal difference. A couple of more positive results their way saw Clydesdale Western open up a lead of three points, which almost became six but were halted by a narrow defeat to champions Edinburgh University. Despite that defeat, league fate was still in the L1s hands until their shock 1-1 draw with Glasgow University two weeks ago. Including that result and the postponement of most WNL 1 fixtures last Saturday, ‘Dale Western now sit fourth in the league, but hold a game in hand on their rivals. At the moment, the L1s sit five points behind league leaders Edinburgh Uni, three off Western Wildcats – who are second following their 5-0 win over GHK on Saturday – and two points from Dundee Wanderers.

For Tuesday night’s clash, the L1s call in Naomi Harkness, who featured prominently in the L2s win on Saturday against the L3s. But, coach Derek Forsyth will be without Jen Eadie, who remains sidelined with a wrist injury, Karin Belch and Millie Brown from his squad. The last time the two sides met, was back in late October after goals from Emma McGregor, Heather Howie and Lexi Sabatelli gave Clydesdale Western a 3-1 home win.