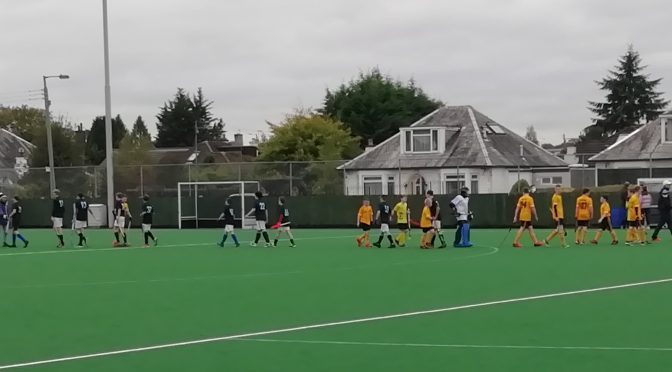 It was a busy day for Clydesdale’s junior hockey players on Sunday.  Our Boys U15 and Girls U16 teams played 11-a-side matches vs. Kelburne and the U10s and U14s took part in the West District Festival at Auchenhowie.

Clydesdale Western Girls U16s played away at Linwood and had a competitive game against Kelburne, despite losing 0-4 to a well organised opposition.  It was a great opportunity to get players playing against their own age group and the club will look to organise more games for girls in the near future.

Clydesdale Boys U15 team started their West District Development League season with a 3-3 draw against Kelburne’s Boys U15 at Titwood.  There was plenty of skill on display from both teams, but Kelburne found themselves 3-0 up deep into the second half – Clydesdale rallied back late to draw 3-3.  The two teams then set up for running penalties, with the Paisley side securing a 4-1 win in the shoot out.

Big thanks to Marnie and Colin Moulson for looking after the two teams, and also to Sandy Craig for umpiring.

Big thanks also to Sandy. Steffi Geary and Sarah Lonergan who were up early on Sunday at Auchenhowie with the U10s and U14s.  In total, 28 Clydesdale juniors took part in this event and enjoyed a great run out despite the rather damp conditions!

The next set of festivals are for the U8s and U12s and are on Sunday October 20th at the Glasgow National Hockey Centre, being hosted by Glasgow School of Sport.