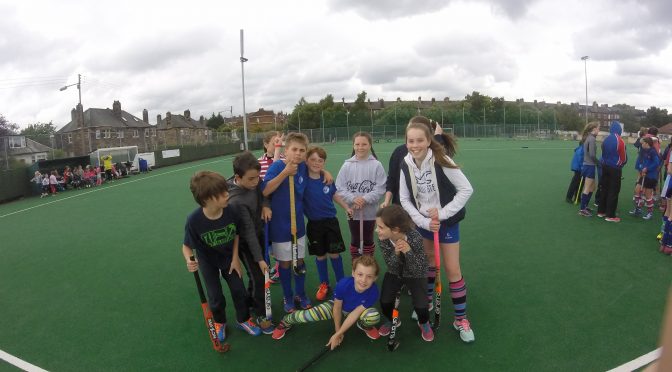 Despite the heavy rain this morning eight Under 8 and nine Under 12 teams turned out at Titwood in the latest West District Junior Festival.

With the emphasis on participation the roughly 100 kids enjoyed a morning of hockey playing small sided games vs teams from all over the district. Teams came from Kelburne, Irvine, Western, Uddingston and East Kilbride. Big shout out to all the volunteers how helped support and encourage the players during the day.