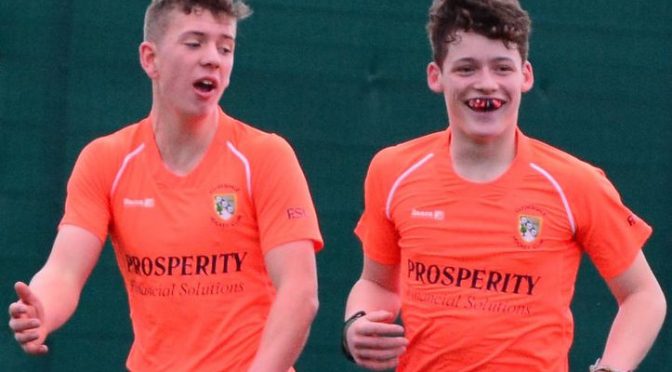 Both Boys and Girls Under 18s teams sealed two wins in the U18 Club Cup competition at Peffermill on Sunday.

The Boys beat Uddingston 3-1 before playing and beating Grove Menzieshill 6-2 in their second game.  Struan Walker scored a hat-trick in both games.  Ethan Robertson (two goals) and Steven Clark scoring the remaining goals in the Menzieshill game.  The Girls beat Watsonians 2-0, thanks to goals from Abi Harrowell and Anna Hoolaghan before beating Uddingston 4-0.  Margery Justice scoring a brace whilst there was a goal each for Sarah Kelly and Tia Mansbridge.

Well done to our Boys and Girls for their wins.  They now go through to Finals Day on Sunday 5th November at the Glasgow National Hockey Centre.