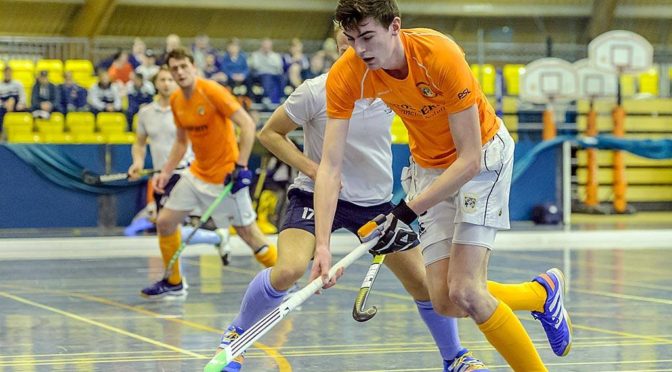 Clydesdale Men’s 1s lost both games on Saturday at Bell’s Sports Centre which completed the opening round of fixtures in Men’s National Indoor Division One.

The end of the Carnegie contest meant all seven opening games have taken place for all MNIL 1 teams, and awaiting will be confirmation of fixtures for the crossover round of matches. The crossover will also see the league of eight split into two leagues of four depending on the final positions after all seven games have been played by each team.

Once decided, the points each team has taken against those in their respective pool will be carried forward going into the crossover games.

The L2s drew their opening game 1-1 with Granite City Wanderers 1s, before claiming their second win of the indoor season against Inverleith 2s with a 4-3 scoreline.

‘Dale Western 2s did miss out on the chance to go fourth after playing out a 2-2 draw with Grove Menzieshill 2s in the day’s final game.