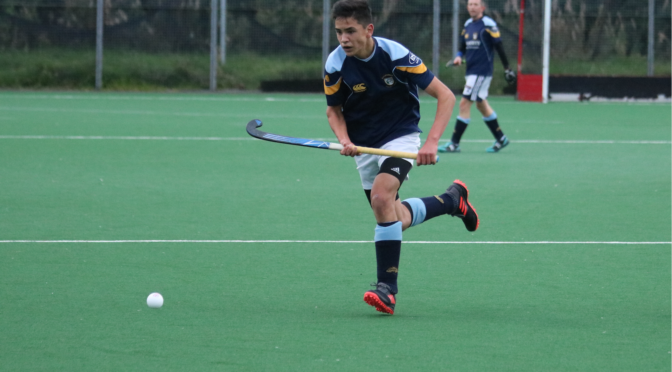 Clydesdale Men’s ‘A’ booked a place in the Semi Finals of the Men’s West District Cup after a superb away win against Rottenrow.

A total of fifteen players were unavailable to represent the ‘A’ team on Saturday. But the 12-man squad – which included eight U18 players – saw off the challenge of Rottenrow to seal a 2-1 win at Glasgow Green. A goal each from Ethan Robertson and Ian King ensured the ‘Dale ‘A’ side will play in the Semi Finals of the competition on Saturday (25th May).

Clydesdale ‘B’ were knocked out of the Plate competition. Despite a competitive effort, the ‘B’ team lost 5-0 to a strong Western Wildcats performance at Auchenhowie. ‘Dale ‘B’ will most likely play a ‘crossover’ match on Saturday, but can no longer win the Plate.