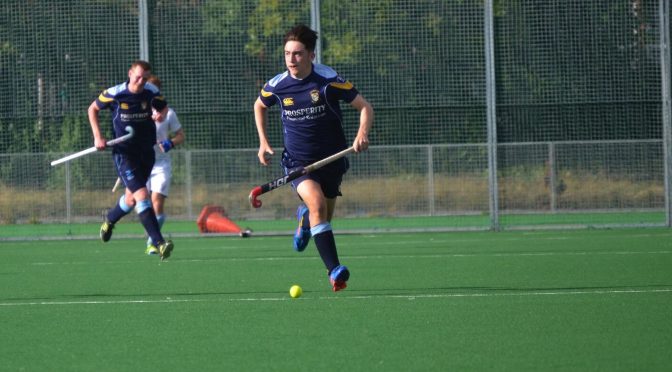 Clydesdale Western 1st XI bounced back from last weekend’s defeat to Watsonians by beating Western Wildcats at Auchenhowie in Women’s National Division One.

With both teams missing Scotland players due to their Commonwealth Games involvement, it was going to be who could cope without those players the most.  And it was Clydesdale Western who coped better as a goal each from Susie Gillman, Jen Eadie, Julie Lonergan and Emma McGregor gave the L1s a 4-0 win.  The result keeps Clydesdale Western 2nd in the Women’s National Division One table, five points off top spot.

After what was an intense hour of hockey, Clydesdale crucially struck twice in the space of eight minutes.  Nairn combined well with fellow forward Struan Walker to score his first goal of the game.  He then added a second from a Clydesdale counter attack, rounding the goalkeeper before rolling into an empty goal.  Western did grab a goal back but the M1s held on to give them their fourth win in a row in all competitions.

Over the weekend, Clydesdale and Clydesdale Western teams secured some excellent results.  The M2s kept up their hopes of winning Men’s Regional Division One with a 4-2 win against bottom side Uddingston 2s.  A brace from David Henderson and a goal each from Andy McAllan and Colin Moulson giving them an excellent win.  The M3s finished their season with a goalless draw to Hillhead 4s.  The M4s confirmed their position as champions of Men’s West District Division Three with a 1-0 win away to Kelburne 5s – Ethan Robertson was the M4s goalscorer.  The M5s suffered Clydesdale and Clydesdale Western’s only defeat of the weekend.  Unfortunately, the M5s were without a goalkeeper when they lost 19-1 to Oban 1s.

In the ladies section, their were double wins for the L2s, L3s and L5s.  The L2s beat George Heriots FP 4-0 on Saturday at Titwood, with goals coming from Lucy Arnold (2), Sarah McHugh and Helen Walker, before two goals from Julie Lonergan and a goal from Lesley Cosh helped see off Waverely Inveresk Trinity 3-0 at Edinburgh Academy on Sunday.  The L3s two home games on Saturday and Sunday brought differing results.  On Saturday, they drew 2-2 to Edinburgh University 3s, with both L3s goals coming from Gill Green.  Then the following day, Green scored another two in a 5-0 win over Watsonians 2s – Helen McNaught (2) and Helen Walker scoring the other goals.  With these results, the L2s are now top of Women’s Championship League by three points.  The L3s are in 4th place.  The L5s confirmed their promotion to Women’s West District Division Two after back to back wins over the weekend.  The L5s scored two late goals via Olivia Capaldi and Lucy Anderson to take the points at Uddingston 2s, before securing a 4-1 win against Ferguslie 1s – goals coming from Annie Lonergan, Steph Geary, Claire MacDonald and Zoe Monaghan.  The L6s boosted their hopes of staying in the Women’s West Division Three after beating Irvine 1s 5-2.  Anoushka Nabili scored two, whilst their was a goal each from Anais Bonner, Aaliyah Sandhu and Rachel Brewer.  The L6s just need a point to guarantee their safety in Division Three.

Well done to all of our teams over the weekend for some outstanding results.  Especially to the M4s – congratulations to captain Karl Richmond and his squad for their achievements!