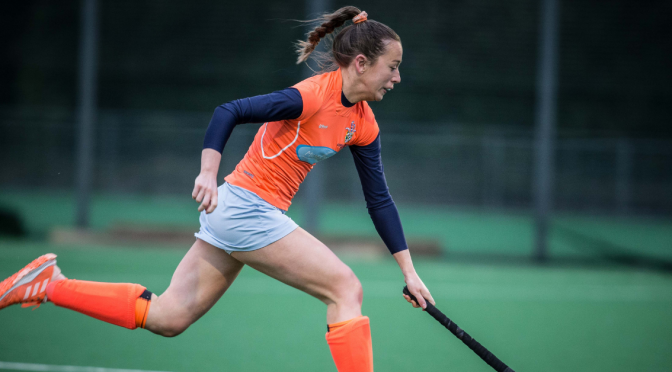 Clydesdale Western booked a place in the Promotion Play-Off Final of EuroHockey Club Challenge II after a 3-0 win over TSOP Kolos Boryspol in Alanya clinched top spot in Pool A.

A brace from Holly Steiger and a second goal of the tournament for Karin Belch helped the L1s make it three wins from their three pool games. With top spot of Pool A confirmed, ‘Dale Western will play the runners up of Pool B on Monday from 1.45pm (3.45pm GMT). The result and performance capped off what has been a phenomenal three days for Derek Forsyth and his side who will now be hopeful of promoting Scotland’s seeding for next season in Monday afternoon’s match.

Chances in the L1s clash with Ukrainian side TSOP Kolos Boryspol were at a premium right up until the first quarter buzzer when Steiger scored her first goal. Paz Medina San Martin’s pass across goal was gratefully finished off by Steiger at the far post. Much to Clydesdale Western’s content, the second quarter played out with no major threat to their goal.

The pattern of play continued into the second half, despite both sides winning a couple of penalty corners. The Titwood girls took full advantage of a set piece offering, again on the quarter time hooter, to double their lead. Karin Belch’s initial attempt from a corner came back to her before she squeezed in a shot past Boryspol’s goalkeeper. Five minutes into the final quarter, the L1s made the result, top spot and qualification secure when Steiger emphatically pounced on a rebounded short corner strike to make it 3-0.

Clydesdale Western will now face the side that finishes second in Pool B. Fellow Scottish side Edinburgh University finished top of Pool B following their win over Navax AHTC Wien of Austria. Meaning, the Titwood girls will play either HC Rotweiss Wettingen (Switzerland) or hosts Gaziantep Polisgücü.