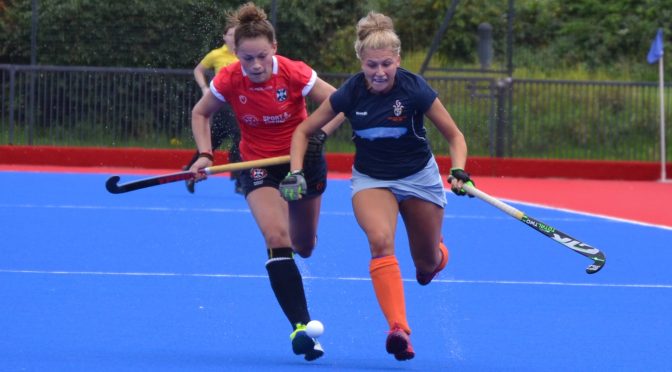 Clydesdale Western 1st XI had a day to forget on Saturday as they were heavily beaten by current champions Edinburgh University at Peffermill.

It was Clydesdale Western’s first defeat of the league season, but also their second loss in a row in all competitions following last Sunday’s Scottish Cup exit to Western Wildcats.  The girls were 2-0 down at half time, however, the home side’s attack proved too much as they went on to concede another five by the end of the game.  The Ladies 1s, as well as the other five ladies teams, next play on the 7th October due to the Girls Inter District tournament taking place next weekend.

In the other games of the day, Clydesdale Western 2s continued their fine start to the season by easily beating Waverely Inveresk Trinity with a dominant display at Titwood.  Sarah McHugh scored four goals whilst being provided goalscoring support from Abi Harrowell (2) and Zara Mason.  The Ladies 3s, meanwhile, suffered their first defeat of the season.  The 3s lost 3-0 to Edinburgh University 2nd XI which, much like their 1st XI, featured some former Clydesdale Western players in their team.