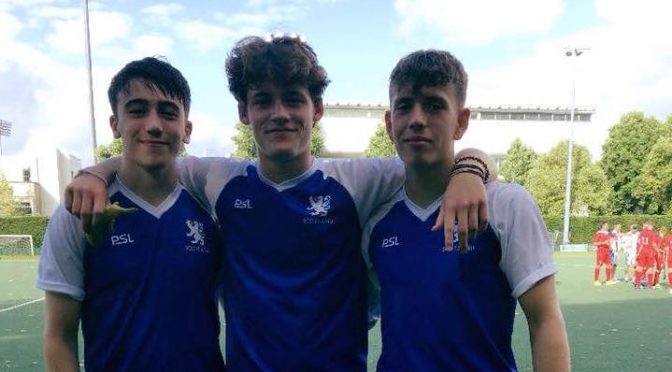 A week on from the U18 Girls success, the Boys followed promotional suit after beating Austria 3-2 in the competition’s Semi-Final round.  The U18 Boys sadly lost 6-3 in an entertaining Final to Russia.

The Boys squad featured Clydesdale players David Nairn, Struan Walker and Alasdair Richmond.  Once again, the club are absolutely delighted and proud of the efforts put in by all three of Clydesdale’s players who represented the Scotland Under 18 Boys squad.