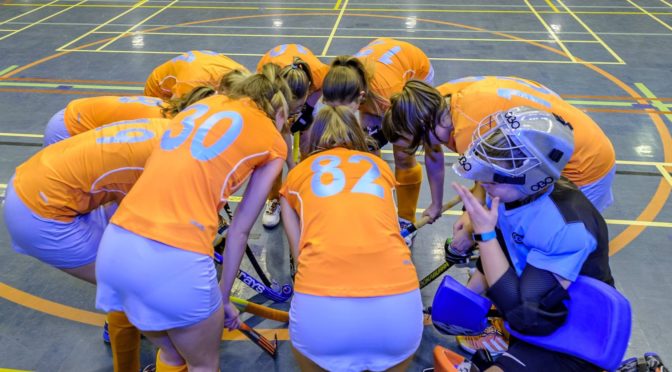 Our ‘Weekend Preview’ will take focus on Clydesdale Western 1s in their huge clash this Saturday as well as six outdoor games taking place.

The L1s made the Final after their running penalties victory over Watsonians in the previous round almost two weeks ago.  The girls have no injury concerns ahead of Saturday’s match, with all twelve players that have been used in recent weeks expected to feature.  In that squad of twelve contains a number of Scotland representatives at senior and junior level in both outdoor and indoor.

‘Dale Western are bidding to claim back-to-back indoor championships after their 4-2 win against Wanderers in last season’s Final back in February 2018.  This year’s Final will be one of seven games that will be held at Bell’s for Scottish Hockey’s Indoor Gala Day, with free entry to everyone that attends.

Three games take place on Saturday at Titwood, starting with the Men’s 3s against Uddingston 2s from 12.00 noon.

The M3s return for their first outdoor game of 2019 against an Uddy 2s side that are top of Men’s West District Division 1A.  The M3s, meanwhile, are fifth but could jump a place with a win in this challenging contest.  After the M3s, the L6s take on Dumfries 2s from 1.30pm in Women’s West District Division Three.  The L6s are hoping to stop a barren seven game losing streak, which has left them rock bottom and five points adrift of safety.  The L5s will hope to return to winning ways in Women’s West District Division Two.  The L5s have lost their last two league games, leaving their promotion chances less than hopeful.  A win against Garnock 1s (3.00pm PB), could see them rise three places in the league to third.