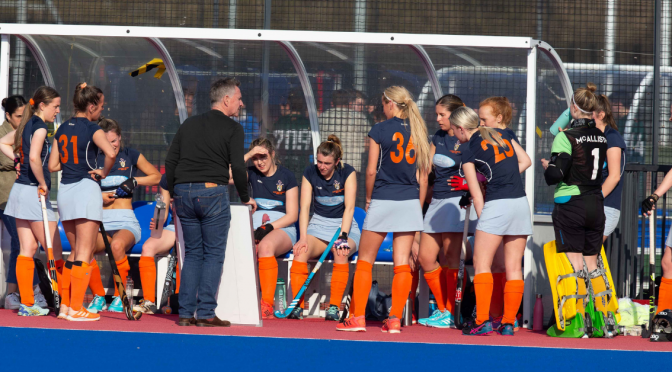 Clydesdale Western’s challenge for the Women’s Premiership title will effectively be on the line when they take on league leaders Watsonians 1s in a rearranged Thursday night contest from 8.15pm at Titwood.

The L1s must win their remaining three league games as well as overhauling a Watsonians goal difference lead of three come the end of the season to be crowned champions of the Women’s Premiership for the 2021-22 campaign.

Despite an agonising exit at the Semi Final stage of the Women’s Scottish Cup, ‘Dale Western have returned to form in the league at just the right time following wins over Western Wildcats 1s and Hillhead 1s in recent weeks. Derek Forsyth’s side sit second in the league table, six points behind Thursday night’s opponents but have also hold a game in hand – which incidentally takes place on Tuesday 26th April at home to current champions Edinburgh University 1s.

A win on Thursday and a win next Tuesday coupled with favourable scoring returns could see the Titwood girls take top spot going into the final game of the season away to GHK on Saturday 30th April. On the other hand, a win for Watsons on Thursday night would win the league title for the Myreside club. A draw would not mean the Edinburgh side clinch top spot, but would most likely have one hand on the league trophy as ‘Dale Western would face an improbable task of having to win their remaining two league games with a goal difference return above two and hope Watsonians lose their final game to Edinburgh Uni.

The previous meetings between Clydesdale Western and Watsonians have ended in narrow one goal victories for both sides. The Titwood girls won an early season match up courtesy of a single Jenny Eadie goal. But the Myreside team hit back a month ago with a late 3-2 win at George Watson’s College.

Forsyth will have a near enough full squad available with the exception of Paz Medina San Martin who looks likely to be absent again. The L1s Head Coach will also have the decision of whether to increase his squad by selecting a second goalkeeper given both Cara McAllister and Iona Colquhoun featured in last Sunday’s Cup defeat to Uni.