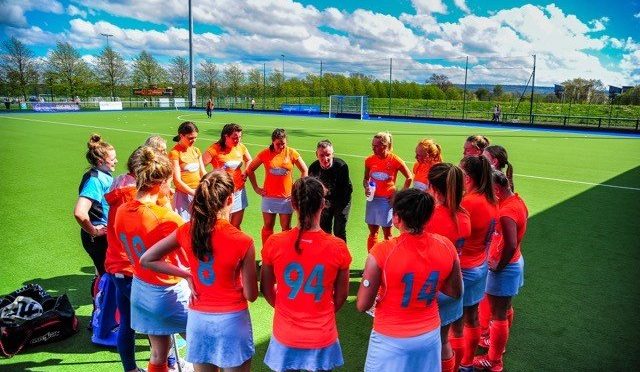 Following their 2nd placed finish in Women’s National Division One, the L1s will take on 3rd placed, Grove Menzieshill.  The winner of the two will play the winner of Edinburgh University vs. Watsonians – who also play on Saturday.  The Play-Off Final will then be on Sunday, also at Glasgow Green from 2.00pm.  A win for Clydesdale Western on Saturday, as well as Edinburgh University, would guarantee the L1s a place in European competition for next season.

‘Dale Western took a possible four out of six points in their two league games against Grove Menzieshill.  A 2-2 draw away in October was followed up by a narrow 2-1 win at Titwood in mid-April.  Last season, the L1s won the Play-Off Semi-Final between the two sides – also a 2-1 scoreline – thanks to Millie Brown’s late solo effort.

The girls will need as much of your support if they are hope for a similar result this time round, so please do your best to get to Glasgow Green on Saturday!