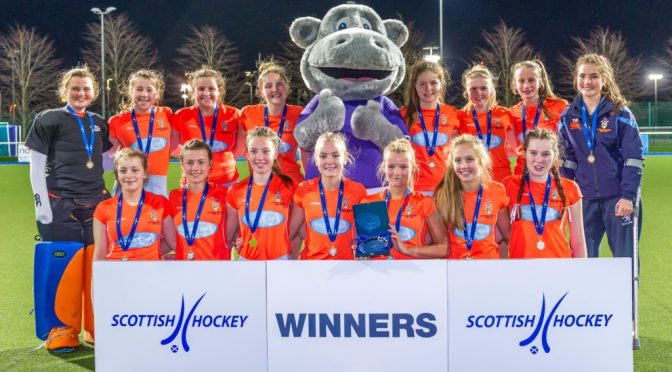 Clydesdale Western U18s won the Scottish Club Cup on Sunday after beating Watsonians in the Final at Glasgow Green.

After beating Inverleith 3-0 in the Semi-Final, the Girls U18s set up a Final against Watsonians U18s.  Margery Justice opened the scoring, but ‘Dale Western were pegged back not long after by Watsonians equaliser.  Bronwyn Shields restored the girls goal lead before Justice settled matters with a third goal to give Clydesdale Western the win and the cup.

The club would like to congratulation the U18 girls and coaching staff in their superb win.