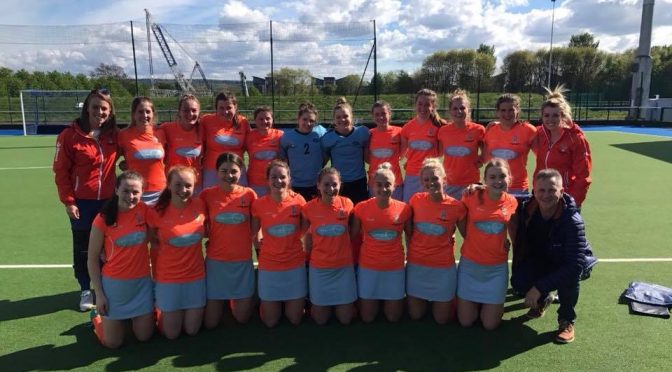 Clydesdale Western 1st XI have officially released their selected 18-player squad to the European Hockey Federation (EHF) in the lead up to EuroHockey Challenge I in Edinburgh, which starts on Friday.

Head coach Derek Forsyth has selected 16 outfield players and two goalkeepers, with Mairi Fletcher – fresh from her six month stint in the United States – being included as reserve goalkeeper to Jessica Buchanan.

The selected squad, which will be captained by Alexandra Wilson, includes Scotland capped players Jennifer Eadie, Heather Howie, Millie Brown and Emma McGregor.  Frances Lonergan – who has been capped internationally at indoor level – will be vice captain to Wilson.  The squad also boasts a number of youth players that have played for Scotland at Under 18 and 16 level this season.  Alongside goalkeeper Buchanan, this includes Bronwyn Shields, Margery Justice, Zara Mason and Lexi Sabatelli.

Clydesdale Western’s most notable injury absentee is regular 1st XI captain Ali Howie.  Howie suffered a broken knee cap back in early April and is unable to play any part in ‘Dale Western’s EuroHockey Challenge I campaign.  She will, however, be assistant coach to Forsyth throughout the competition.  Also, on the management staff is Emma Traynor, who will be team manager, and Andy Cunningham, who will be Clydesdale Western’s physiotherapist.

Clydesdale Western’s first game of EuroHockey Challenge I will be on Friday (18th May) against Lithunian side Gintra Strekte Uni HC, 12.15pm PB.  All games are being held at the home of Edinburgh University Hockey Club, Peffermill Playing Fields (42 Peffermill Road, Edinburgh EH16 5LL).  Ticket information and purchase for games can be found here.