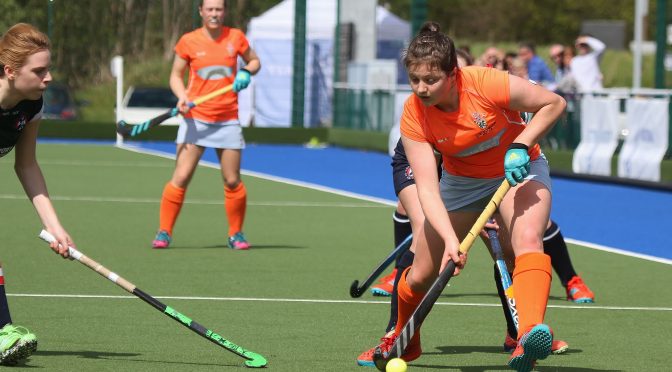 Clydesdale Western began their EuroHockey Club Challenge I campaign with an impressive win over Lithuanian side Gintra Strekte Uni HC at Peffermill on Friday afternoon.

Goals from Susie Gillman, Jen Eadie, Lexi Sabatelli and Emma McGregor gave the girls three points in their opening game of Pool B in Club Challenge I.

After a strong start to the game, ‘Dale Western found themselves 2-0 up in the opening quarter.  Gillman’s strike found the goal through a crowd of players before Eadie calmly slotted a shot to double the L1s lead.

In the second half, Gintra pulled a goal back via a deflection from penalty corner.  Clydesdale Western reacted brilliantly by scoring two goals, with the first coming from Sabatelli following great play by Margery Justice and Millie Brown – the latter squaring the ball for Sabatelli to score.  McGregor then made it 4-1 when her solo run and shot was inadvertently deflected in to all but seal the match.  Gintra did score a second goal, but it was a mere consolation as ‘Dale Western saw the game to the finish line and open their EuroHockey Club Challenge I campaign with three points.

The girls next game is against Belgian side, Braxgata HC – 12.15pm PB at Peffermill on Saturday.

Well done to Clydesdale Western on their win in Game 1 of EuroHockey Club Challenge I!