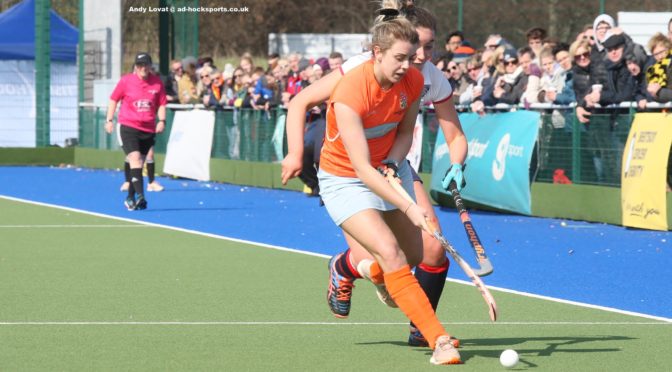 It was a case of déjà vu as Clydesdale Western suffered another defeat in a EuroHockey Club Challenge I Promotion Play-Off to the host club – this time to French side Lille Metropole on Monday.

A goal in each of the opening two quarters gave Lille an unassailable 2-0 lead. But with seven minutes to play, forward Heather Lang tapped in to set up a grand finale. The finale barely lasted three minutes as the hosts scored their third and game killing goal to seal the win.

The win means Lille Metropole have promoted their country’s seeding to Club Trophy at the hands of Clydesdale Western, who experienced similar disappointment having lost at this stage last year to Edinburgh University at Peffermill.

Despite the result, the club are immensely proud of the Clydesdale Western team – which included seven teenagers in the European 18 player squad. And not just for today, but throughout the entire season and previous seasons. To continue to compete is a testament to the work the squad has put in and we’re in no doubt that will continue for many years to come. Many thanks to Head Coach Derek Forsyth for his time and effort along with his coaching staff for Club Challenge I. Lastly, many thanks to all supporters who made the trip to Lille to cheer on our girls, it was greatly appreciated.