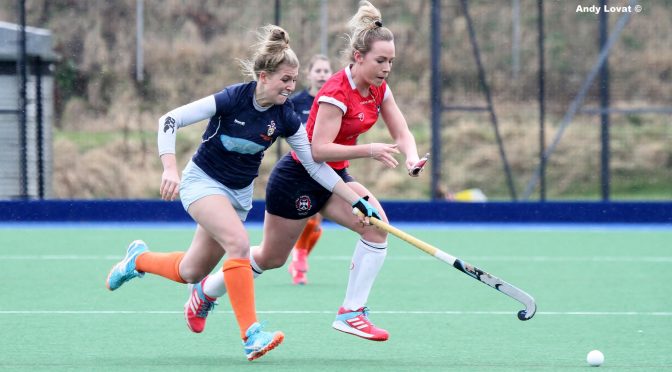 Clydesdale Western missed out on promoting one of Scotland’s European seeding as they narrowly lost to Scottish league rivals, Edinburgh University at Peffermill in the final game of EuroHockey Club Challenge I on Monday afternoon.

With both Scottish teams facing each other in the Promotion Play-Off Final following their respective top two finishes in the Pool stage, it was already guaranteed that the winner of the tie would promote one of Scotland’s seedings for next season to the competition above Club Challenge I – the EuroHockey Club Trophy.

In the contest itself it was hosts the of Club Challenge I, Edinburgh Uni, who had the better chances in the first quarter but their goalkeeper was called into action in the second quarter as Clydesdale Western were kept at bay from scoring.  A goalless first half time then saw a cagey opening to the third quarter before Jen Eadie had a chance to score from open play but was denied.  Then some last ditch defending from ‘Dale Western twice halted Uni from executing a clear shot at goal.  However, a defensive error from the L1s gave Uni player-coach, Samantha Judge a shot at goal to which she successfully dispatched low in to the bottom corner.  Clydesdale Western then threw everything into finding an equaliser in the fourth quarter – defender Frances Lonergan came closest with a penalty corner strike which went just wide.  Despite their best efforts, the L1s could not find a way past Edinburgh University when the full time whistle went.

Despite the result, the club are extremely proud of the efforts that the Clydesdale Western squad and coaching staff have put in the last four days.

Congratulations to Edinburgh University on their win today.  Many thanks as well to Edinburgh University for the hard work they have put in as a club during the hosting of Club Challenge I.  And last but not least, to all of our supporters who went through to Edinburgh for the four games Clydesdale Western played – we really appreciate the time you gave up to support our girls!