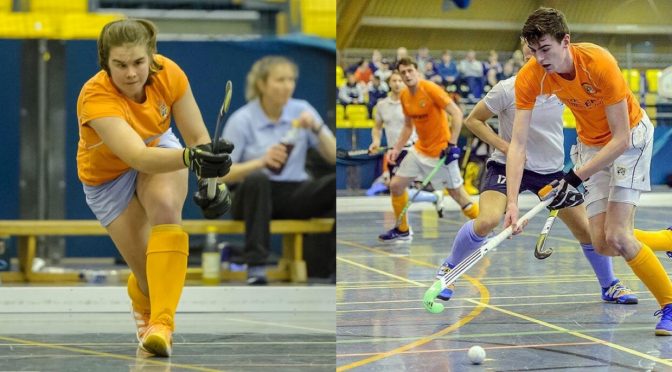 Clydesdale Western 1s are in familiar territory as they again will take on Dundee Wanderers 1s in the Women’s Grand Indoor Play-Off Final from 1.30pm at Bell’s Sports Centre in Perth on Sunday.

The Final for the 2019-20 season – which is one of four games in Scottish Hockey’s GALA Day – will be a repeat of the 2018 & 2019 contests, which either side has won one and lost the other. In 2018, ‘Dale Western were the victors, winning 4-2 in a battling contest. But Wanderers prevailed the following year, sealing a 7-2 win. The winner of this year’s competition will go through as next season’s representation for Scotland’s club side in European Indoor hockey.

The season so far for the L1s has been near perfect. Wendy Justice’s side have won every game bar two – which were both lost as they suffered a 4-0 defeat to tomorrow’s opponents in the classification matches. Their other defeat came at the hands of Grove Menzieshill 1s in the final crossover match, but was effectively meaningless for the Titwood girls as they had already qualified for the Play-Off Semi Final stage.

For tomorrow’s Final, Clydesdale Western have no notable injury concerns, meaning Justice will have a full strength squad at her disposal.

Clydesdale Men’s 1s require a win against Watsonians 1s to avoid relegation in the Men’s National Division One Promotion/Relegation Play-Off match from 12.30pm at Bell’s.

The M1s kept their hopes of top division indoor hockey alive following their win against Dunfermline Carnegie last Saturday in Dundee. Their opponents on Sunday as part of Scottish Hockey’s GALA Day will be Watsonians, who themselves finished runners-up in Men’s National Division Two.

The season for Neil Mitchell’s side has been a little less encouraging in comparison to previous seasons. Despite an excellent win during the classification round against Inverleith 1s, ‘Dale finished bottom of the table after seven games. In their crossover Pool, Clydesdale carried over four points and were in contention for a Semi Final spot in the competition’s top prize. But three straight losses for the Titwood boys saw them finish bottom of their Pool, which meant a Play-Off game against Carnegie. A 9-7 scoreline in their favour meant the M1s live to fight another day in MNIL 1.

Mitchell is also expected to have a full squad available for tomorrow’s crucial Play-Off game, including David Nairn who missed last Saturday’s action.

A reminder that entry for Scottish Hockey’s GALA Day is FREE – any support provided to the M1s and L1s would be greatly appreciated!