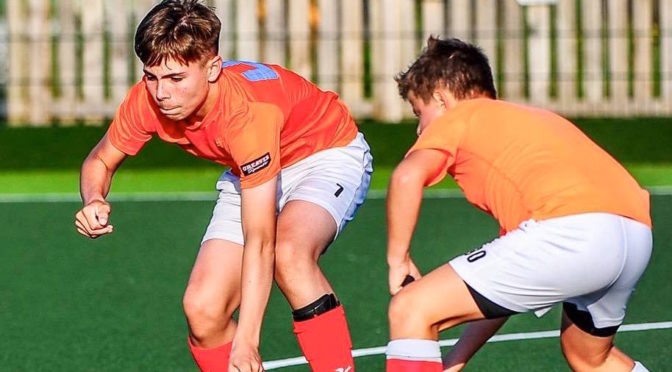 Clydesdale Men’s ‘A’ hopes of winning the inaugural Men’s West District Cup were ended after losing out to a strong Hillhead performance at Titwood in an early passback.

Despite a strong start, the ‘A’ team found themselves 2-0 down by ten minutes after a penalty corner conversion and a simple close range finish past ‘Dale goalkeeper Ally Torrance. Torrance pulled off a string of crucial saves but was helpless when Hillhead added a third ten minutes before half time from another corner. Clydesdale ‘A’ found a way back into the match just before half time when youngster Ethan Robertson kept up his recent run of scoring form – pushing in an upright reverse push shot to set up an intriguing second half.

It was a decent effort from the Clydesdale team, who were missing the services of six regular players – including captain Craig Bradley and veteran Ali Bleach. Torrance continued to keep ‘Dale in the game as Hillhead, led brilliantly by their own veteran Alan Meikle, pushed hard for a game killing fourth goal. And they duly succeeded with less than ten minutes to go as another penalty corner was scored. The away side went on to see out the remaining minutes to seal a place in the Final.

Despite the loss, the club are immensely proud of the effort the ‘A’ team, which included a host of youngsters, put into the Men’s West District Cup campaign. We would also like to congratulate Hillhead on their win and wish them the best of luck for the Final.