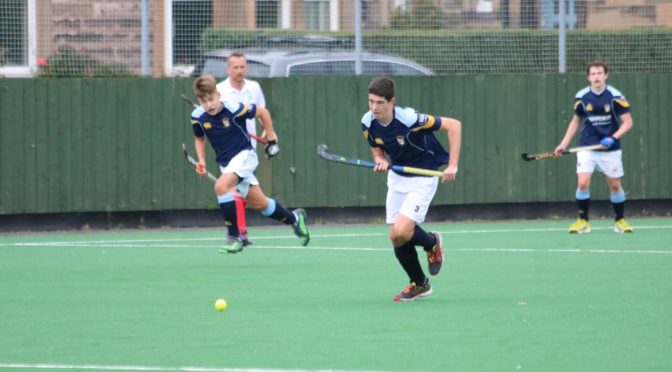 The First Round of the Men’s West District Cup ended in contrasting results for both Clydesdale teams last Saturday, as Clydesdale ‘A’ qualified for the Quarter Finals.

The Clydesdale ‘A’ team took their tie against Helensburgh at Hermitage Academy to penalty strokes following a 1-1 draw in normal time. Ethan Robertson scored for ‘A’ before stepping up to take one of the four converted flicks in the shootout. Other youngsters Sandy Craig, Christopher Richmond and Ian King also scored their PFs to give the ‘A’s’ a 4-2 win in the shootout.

The ‘B’ had a tough time as they lost out 11-0 to a strong Kelburne side at Glasgow Green. The result was perhaps slightly harsh on the ‘B’ team, who’s combination of older and younger heads played well in patches but were unable to contain a clinical attacking display from their Paisley opponents. The ‘B’ team will now enter the Quarter Finals of the Men’s West District Plate following their defeat on Saturday.