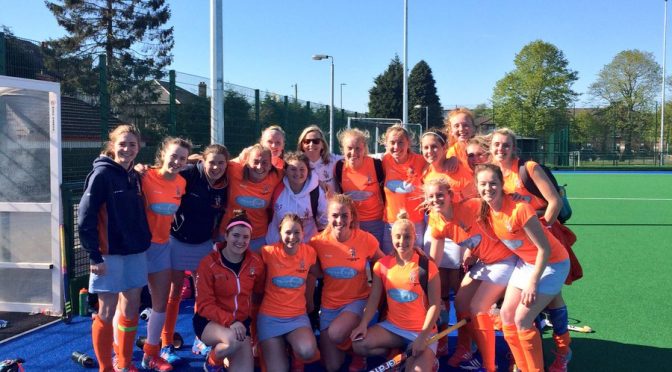 Clydesdale Western Hockey Club have finished their season and secured European hockey next Summer. Where they play will depend on results of this years competitions early in June.

The team secured European hockey with a 2-1 win vs Grove Menzieshill in the play off semi final with Fiona Bruce and Millie Brown scoring the goals.

The following day the team played Edinburgh Uni in the grand final but lost out 5-1 with Lucy Lanigan scoring  Clydesdale Western’s only goal.

The grand final was a repeat of the  Scottish Cup final played at the end of April. this was a closer  contest with Uni winning 2-1 after surviving  Clydesdale Western’s efforts in the second half pressing for an equaliser. Lucy Lanigan had scored to give the girls the lead in the first half but they could not resist Uni’s response.