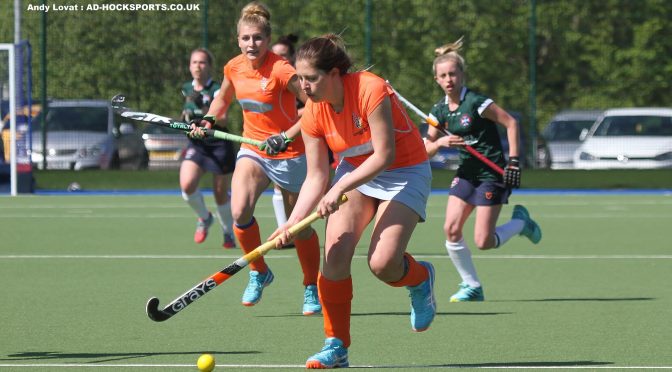 We’re closing in on the end of outdoor hockey for 2018 as both 1st XI sides host crucial games on Saturday.

Clydesdale Western 1st XI know a win against Edinburgh University Ladies 1s – on Saturday at Titwood from 5.00pm – will close the gap at the top of Women’s National Division One to just goal difference.

Despite a loss to Dundee Wanderers back in early October, the L1s have won four on the trot in WNL 1 to sit in second place, three points off Uni going into their summit meeting in the final pass back of the day at Titwood.

The two sides have always been involved in intense battles which was showcased in their large number of games played against each other last season.  ‘Dale Western and Uni played twice in the league, once in the Play-Off Final and in Europe.  In the league, Clydesdale Western brought themselves late in to the league title picture when they avenged a 7-0 hammering from Edinburgh Uni back in September 2017, with a hard fought 2-0 home win in April of this year.  But the visitors went on to be crowned champions a few weeks later before succeeding in the Grand Play-Off Final – on running penalties – and securing a narrow 1-0 win in the EuroHockey Challenge I Play-Off Final at Peffermill in May.

The home side welcome back Jen Eadie to Saturday’s squad following her involvement in the Great Britain Elite Development Programme (GB EDP) in China.

Clydesdale Men’s 1s will hope to stop a rot of four successive home defeats when they take on Edinburgh University Men’s 1s in their penultimate outdoor game of 2018 at Titwood, 3.30pm PB.

The M1s found themselves top of Men’s National Division One following three wins from five unbeaten games.  Since then, the boys have hosted four games but ended up on the wrong side to Grove Menzieshill, Hillhead, Watsonians and, more recently, Western Wildcats.  The slump in form sees Clydesdale drop to 7th, seven points off a top four spot and one point behind Edinburgh University, who sit 5th in MNL 1.

The two sides met twice last season, both in league competition, with the M1s securing a late 2-1 win away at Peffermill back in October 2018.  More recently, the two sides played out an entertaining 2-2 draw back in April at Titwood.

Barring John Joe Lonergan, who remains on the sidelines with a hand injury, the home side are at full compliment for Saturday’s crucial clash.

The M2s will hope to build on a positive run of performances by picking up points when they visit Edinburgh to play Grange 3s from 12.30pm.  The M3s have the earliest pass back away to Uddingston 2s from 10.30am.  The M4s and M5s have home games, with the M5s starting first from 12.30pm against Western Wildcats 4s whilst the M5s host Rottenrow 2s at 2.00pm.

The L3s have the chance to jump to 3rd in Women’s Championship Division One, if they can beat George Heriots FP 1s at Goldenacre from 2.00pm.  The L4s play at Jordanhill School against Hillhead 3s from 12.30pm.  The L5s and L6s play both Stepps Ladies teams, with the L5s playing at Glasgow Green against Stepps 1s, whilst the L6s host Stepps 2s at Hutchesons’ Grammar School – both games are a 1.30pm PB.