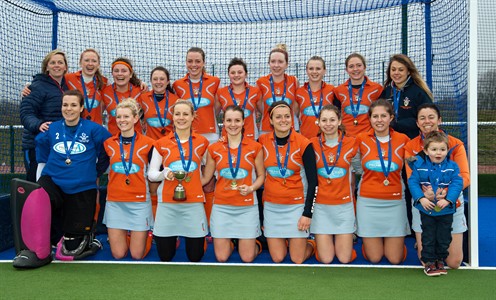 After a strong 3-0 win vs Edinburgh Uni on Saturday Milne Craig Clydesdale Western faced Grove Menzieshill in the Grand Final of the League this season at Glasgow Green yesterday.

Grove Menzieshill got off to a flyer with Linda Clement scoring inside 2 minutes. She scored another on 16 minutes giving Grove a commanding lead but Clydesdale Western started to control possession and came back into the contest with goals from Holly Cram and Anna Mae Morton to equalise right on the hooter for half time. Clydesdale Western continued to dominate after the break but it was Ailsa Wylie who scored with a deflection after a quick Grove break. Almost immediately Clydesdale Western won a short corner which Cat Ralph converted and then they pressed for the winner. On 62 minutes Ann Mae scored her second of the game and to  win the League for Clydesdale Western. Congratulations!