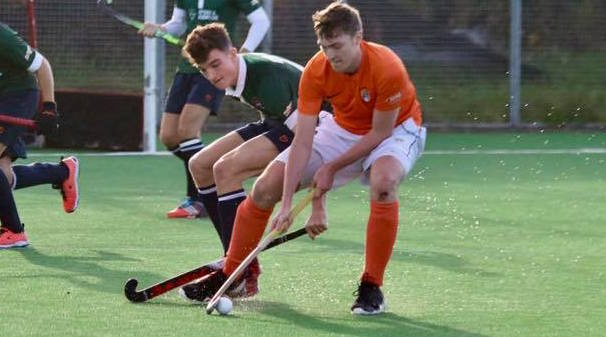 Clydesdale Men’s 2s secured a passage into the next round of the Scottish Men’s District Cup following a comfortable 7-0 win against East District side Eskvale 1s on a horrendously wet Saturday afternoon at Titwood.

The tie was rescheduled from November following a postponement due to the freezing temperatures that left the Titwood pitch unplayable. There were no such issues with the pitch this time, but the game was played in difficulty throughout given the torrential heavy rain in cold conditions.

Stuart Banford’s side got off to the best of starts, despite the weather, when captain Alex Ingram reversed in from close range with no more than a minute on the clock. Sustained pressure not long after saw the award of a penalty flick, which was converted well by Fraser Cowle. Jeetinder Berman made it three from close range after a one-two with Ethan Robertson and Blair Paul swept home a corner to give the M2s a 4-0 lead at the break.

The M2s added three more in the second period, with Scott Lindsay following up on his corner injection duties by smacking in from a couple of yards out. Fraser Hirst crashed in a penalty corner, before Michael Cockburn won and scored a second penalty flick of the day – thus completing the scoring in a game that was played in great spirit by both sides.

The M2s will play Erskine Stewart’s Melville 2s in the next round of the District Cup following their seven goal win.

Clydesdale Western 4s recorded back to back league wins for the first time since mid-November following an impressive win against Glasgow University Ladies 3s at Garscube in Women’s West District Division One on Saturday.

A goal each from Cath Stirling, Ann Menzies, Iona Denholm and Karen Longmuir avenged a defeat to the same opposition almost four weeks ago to keep the L4s second in the league table, two points above Glasgow Accies 1s.

Meanwhile, the M3s had to settle for a point in their Men’s West District Division One clash with Glasgow University Men’s 3s on Saturday at Titwood.

Despite a fair amount of control in the match, the M3s found themselves a goal behind. Colin Gambles got a goal to level the scoreline in the second half, but that was how it was to remain. The M3s are now eighth in the league table.

It was a tough day for the M4s, who lost at Glasgow Green on Saturday to Kelburne 5s in Men’s West District Division Two.

There was a goal each from youngsters Andrew Cox and Lewis Gambles, but it could not ultimately stop their side from a 6-2 defeat to their Paisley opposition.