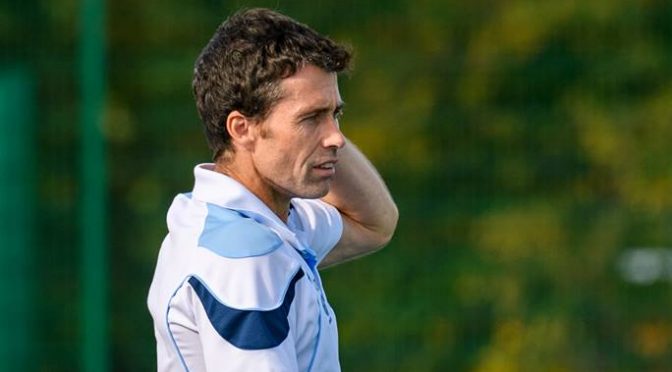 Callum McLeod has officially stepped down as 1st XI Men’s coach at Clydesdale Hockey Club, with Ciaran Crawford taking charge until the end of the season.

Callum took up post as 1st XI coach in the summer of 2017, and led the M1s to a 5th place finish in Men’s National Division One for the 2017-18 season.  He also took Clydesdale to the Semi-Finals of the Scottish Cup in the same season but were agonisingly beaten on running penalties by eventual cup winners, Grange.  Callum has taken a lead on the first three M1s games for 2018-19 season, winning one and drawing two.

Callum has stepped down due to personal reasons, for which the club fully understands.  The club would like to thank Callum for his excellent services during his tenure – which has seen the squad show a steady improvement – and we wish him all the best in the future.  Ciaran Crawford, who had been assisting Callum in the past two months, will now take charge of the M1s squad until the end of the season and will be supported by Team Manager, Donald Amour and 1s captain, Gordon Amour.  Ciaran’s experience in hockey is vast in both playing and coaching capacities.  Whilst playing, Ciaran has represented Clydesdale and Grove Menzieshill as well as having a year spell in the Netherlands to play for GHHC Groningen.

Aside from his assistance to Callum in the Men’s 1s squad, Ciaran has spells coaching for Hutchesons’ Grammar School, Clydesdale’s Outreach Programme and within Scottish Hockey’s Youth Performance setup.  The club would also like to wish the best of luck to Ciaran in his time as Clydesdale Men’s 1st XI coach.