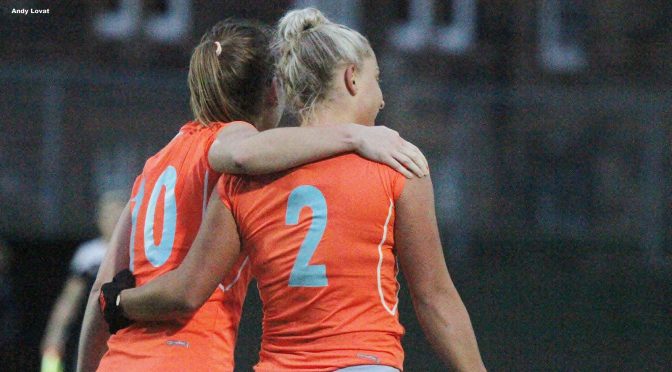 A total of thirteen games for our Clydesdale & Clydesdale Western teams this weekend. The L4s and L5s both have double headers with the next round of the Women’s West District Cup and Plate taking place.

Clydesdale Men’s 1s will hope to continue their good recent form and keep up their top four Play-Off ambitions in the Men’s Premiership when they host Watsonians 1s from 3.00pm.

Back to back league wins against Hillhead and Kelburne has seen Ciaran Crawford’s side jump up to fifth in the league table and could rise to fourth after Saturday’s list of games, if results go there way. A home win against Watsonians coupled with fourth placed Edinburgh University losing at home to Hillhead is what is required for the Titwood boys to enter a Play-Off spot with one league game remaining before the indoor break.

Last season’s meetings between Clydesdale and Watsonians proved to be away day successes for each side. At Titwood in November 2018, the M1s were seemingly on their way to a win when Struan Walker scored right on the half time whistle. But the Edinburgh side stunned the hosts with four goals in a short period of time at the start of the second half before scoring a fifth goal to run out 5-1 winners. ‘Dale 1s did get their revenge five months later as they won 6-1 at Peffermill – Walker scoring four to give his side three away day points.

Team news sees no notable returns for Crawford, who is expected to name a similar team to the one that beat Kelburne a week ago. Ben Galloway is still the only long term injury (broken toe) from the M1s squad.

Clydesdale Western 1s will hope to strengthen their position at the top of the Women’s Premiership when they play GHK 1s from 4.30pm at Titwood.

The L1s have bounced back from defeats to Edinburgh University (Scottish Cup) and Dundee Wanderers in recent weeks following emphatic double figure wins against Grove Menzieshill and Glasgow University. 23 goals and no concessions in two games have lifted Derek Forsyth’s side to the top of the league table, three points clear of league champions Edinburgh Uni.

GHK may prove to be a tough nut to crack, however, as the west end side have collected eight points this season so far – one of which was a hard fought point in a 0-0 draw away to Play-Off champions Western Wildcats. ‘Dale Western did win all three meetings between the two sides last season, with the first coming in a 3-1 win at Old Anniesland back in September 2018, before winning their Scottish Cup tie 4-2 at Titwood a few weeks later. The Titwood girls then sealed a third win on ‘Friday Night Lights’ in February, with a 6-0 win, again at home.

Selection wise, Forsyth recalls Holly Steiger to his squad and will also be handing out an L1s debut to youngster Sarah Lonergan.

In the rest of Saturday’s games, just over half of our ‘Dale & ‘Dale Western teams will be away from home in their respective league matches.

There are two 1.30pm games, with one taking place at Titwood whilst the other is on the Hutchesons’ Grammar School (HGS) pitch. The L3s, in Women’s Championship Division One, are at Titwood to take on Waverley Inveresk Trinity 1s. Currently top of Women’s West District Division One with a 100% record, the L4s are on the HGS pitch to host Dumfries 1s.

Half an hour later in the west end of Glasgow will see the L5s in Women’s West District Division Two action. The L5s, currently second in the league table, are at Upper Windyedge to play Glasgow Accies 2s from 2.00pm.

The M2s and L6s both play away games from 3.00pm. The M2s will be looking to follow up an impressive win last weekend in Men’s Regional Division One, but will be in for a tough test against an experienced Hillhead 2s side at Old Anniesland. The L6s are away to play Troon 2s in Women’s West District Division Three.

The L2s, in Women’s Championship Division One like the L3s, complete the card of Saturday’s games with a 4.00pm pushback at Peffermill. The L2s will be looking to build on some good recent league results when they play Edinburgh University 3s.

On Sunday, the next round of Women’s West District Cup and Plate games take place, with both the L4s and L5s at home.

The L5s have entered the WD Plate following a 3-0 loss to Glasgow Accies 2s in the First Round of the Cup competition. The L5s will host Kelburne 3s – who incidentally were knocked out by the L4s – from 1.30pm at Titwood.

Immediately after, the L4s will play Glasgow University 4s from 3.00pm in the Second Round of WD Cup.