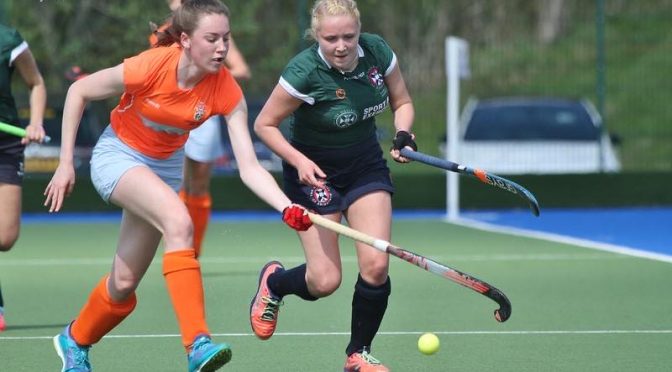 Sunday sees seven of our Clydesdale & Clydesdale Western teams with double headers, as we enter the next round of the knockout tournaments.

Clydesdale 1s fixture with Grange 1s at Titwood from 2.30pm is one of three all Men’s Premiership Scottish Cup Second Round ties on Sunday.

Having seen off Uddingston on penalty flicks in the First Round, Head Coach Ciaran Crawford and his side will have to negotiate past Grange, arguably the favourites for the tournament given their success in the competition notching up back-to-back cup wins in recent seasons.

The M1s have already played Grange earlier in the league campaign, but were on the receiving end of a 3-0 scoreline at Titwood.

Crawford is able to welcome back skipper Gordon Amour and veteran Graham Dunlop who both missed Saturday’s match against Uddingston.

A 2-0 loss to last season’s cup winners Edinburgh University 1s in the First Round of this season’s competition, sees the L1s drop into the Women’s Scottish Plate.

The Titwood girls have experienced similar when they suffered the same fate in 2017-18 season, before going on to win the Plate with minimal fuss. In sealing the Plate with a 5-0 win in the Final, their opponents that day were Edinburgh University 2s – to whom they face again on Sunday at Peffermill.

Team news for Clydesdale Western sees youngsters Annabel Ballantyne and Sarah Lonergan in the squad having missed Saturday’s trip to Peffermill against Watsonians.

Clydesdale Western’s hopes of glory in the Women’s Scottish Cup rest solely on the L2s, who have an early passback in their Second Round tie.

Having beaten Erskine Stewart’s Melville 1s 3-1 in the First Round, the L2s face familiar opposition when they go to Gannochy Sports Centre to play Stirling University 1s from 12.30pm. Both sides will know each other from meetings in Women’s Championship Division One, especially on day one of the league season which finished 1-1 back in late September.

The L3s, like the L1s, are also in the Women’s Scottish Plate First Round and face Women’s Premiership side, Hillhead 1s from 1.00pm at Upper Windyedge.

Three men’s cup games take place at Titwood. The next round of the Men’s Reserve Cup for Clydesdale starts with the M3s from 11.30am as they host Dunfermline Carnegie 3s. The M3s eased into the Second Round after 6-0 win against Dundee Wanderers 3s in the previous round.

The M2s are on from 1.00pm at home in the Men’s District Cup Second Round against Eskvale 1s. A penalty flick win away to Dundee Wanderers 2s saw Stuart Banford’s side rewarded with a home tie against Eskvale, who hail from Midlothian.